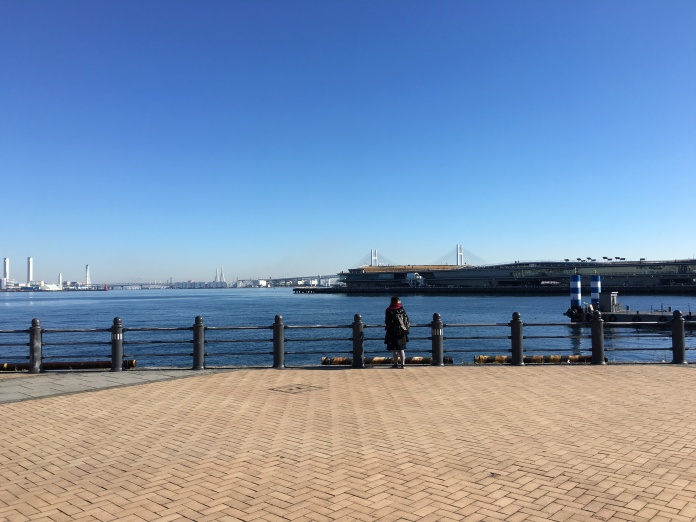 Turn around with us!

Panorama view, can you spot me?

Many people started to come to Red Brick Warehouse area

Yo what’s up dude? 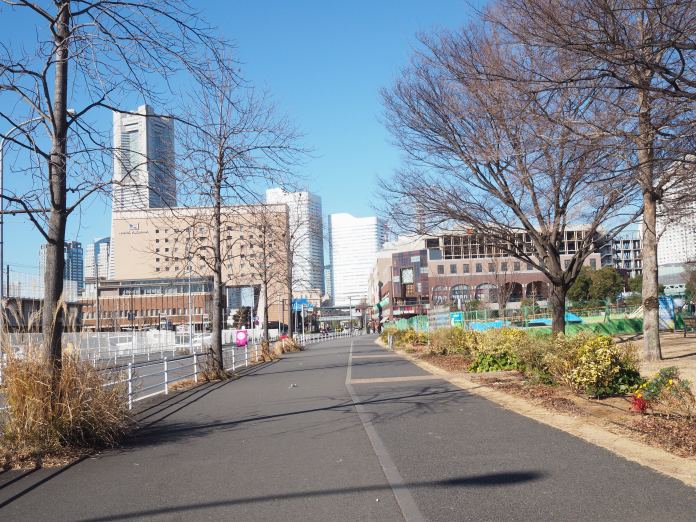 Walked back to the same park we passed by 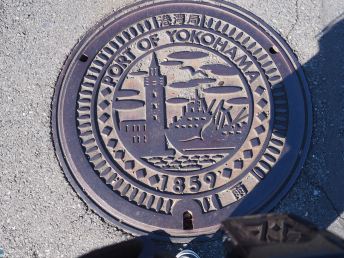 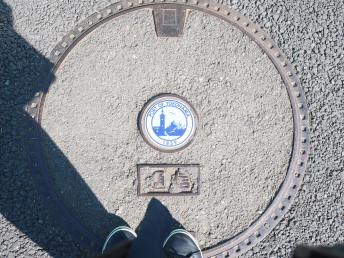 Cool manhole along the street

The cupnoodles museum that we wanted to visit was closed! It will be opened on 4th January 2017 which was the date for our flight home. 😦 Whyyyyy…..the reason we came to Yokohama was for Bills and Cupnoodles Museum. 😦 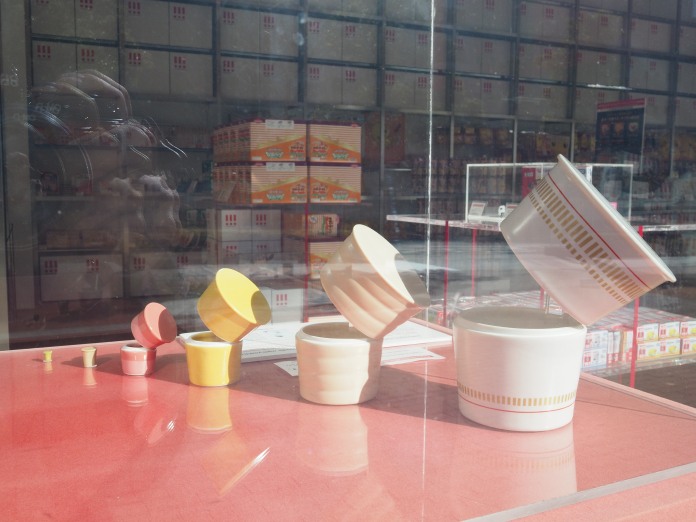 Reminds me of Matryoshka dolls 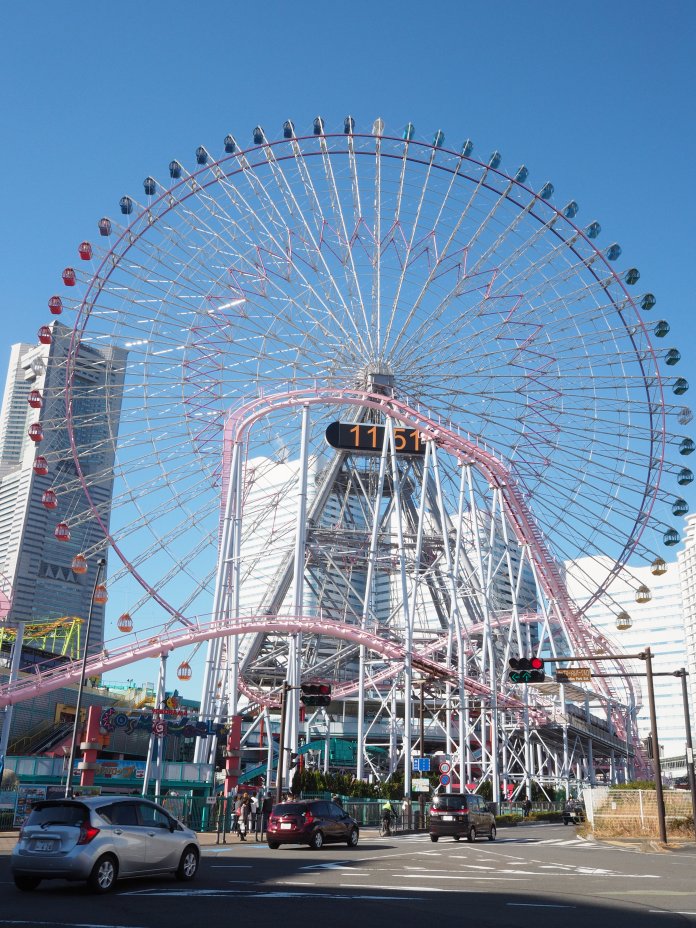 Then we planned for plan B. Mr. F planned to visit Kawasaki afterwards which become earlier than expected due to cancellation of museum visit 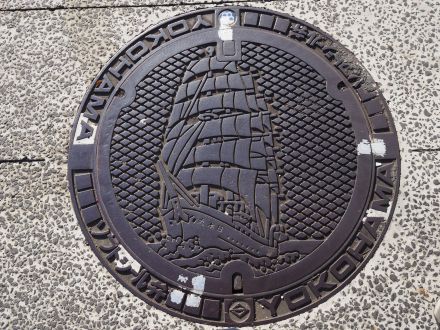 I feel so tiny

We returned to the grass field, I bought an ice cream then we sat there for a while enjoying the scenery and weather

Woot!! So many vending machines! My love ~ ❤ 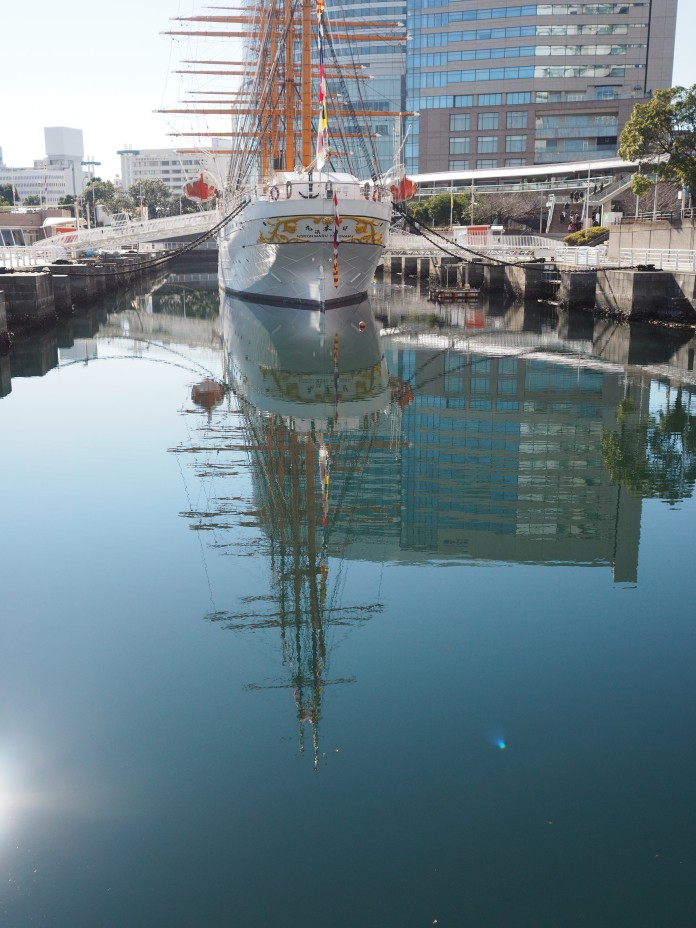 When I took photo of him

When he took photo of me… XD

Then we went down the staircases to find the Grand Mall Park amphitheater. We saw a magician doing his tricks. He is a foreigner but he spoke japanese! It surprised me that he talked fluently just like locals! I did not really understand fully, but he spoke some slanks. 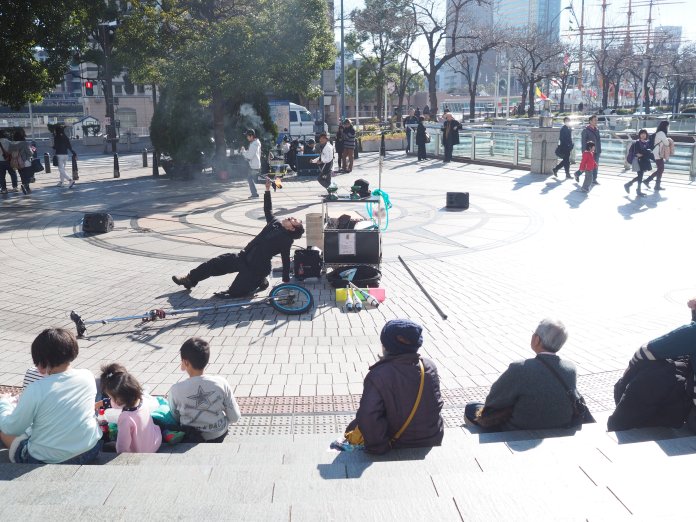 He called 4 teenagers to help him do the tricks. Many people started to come and gather around. From kids to old man

He said he will pull the 4 stool one by one 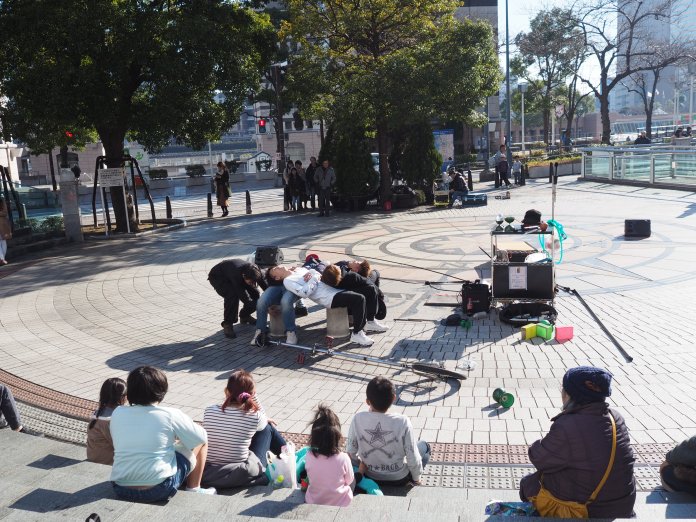 He danced around while moving on to the next stool 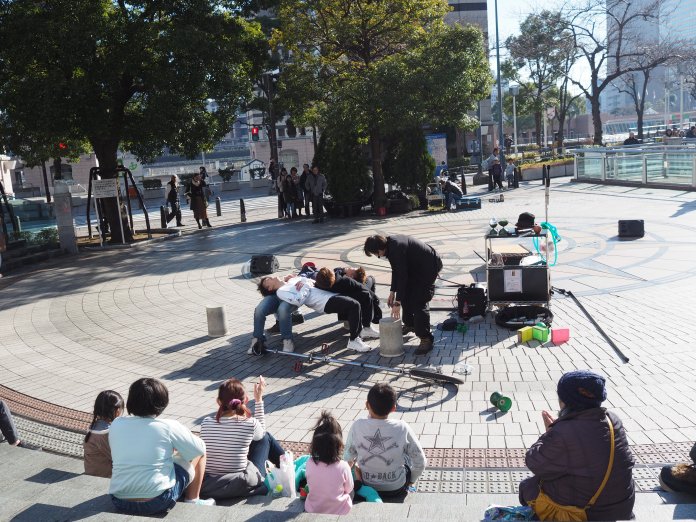 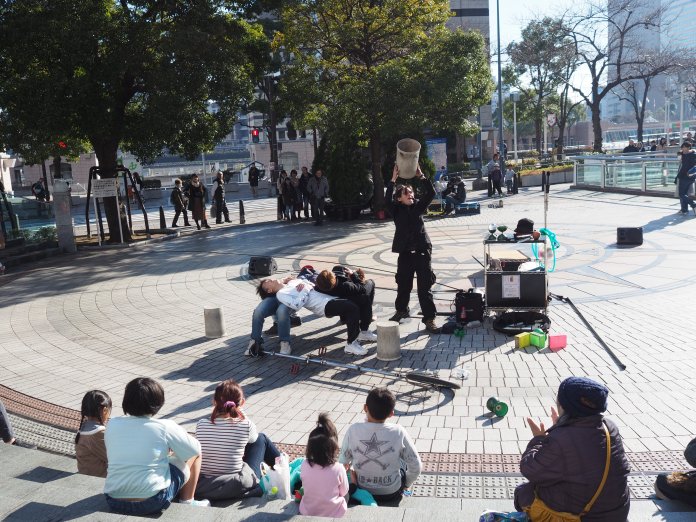 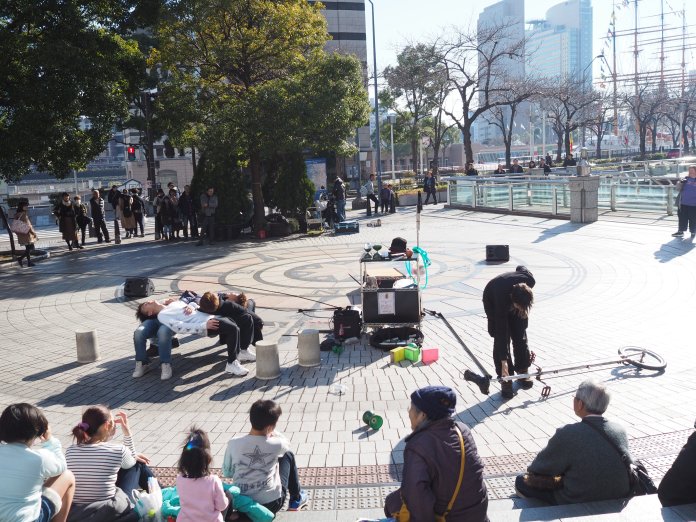 Then he pulled his unicycle and left them be… haha

We watched the magician for sometime till the end, then we continue our journey to Kawasaki. 🙂 Walking around in Yokohama is very enjoyable, the scenery was beautiful and we did not realized we walked around so far without feeling tired a little bit.