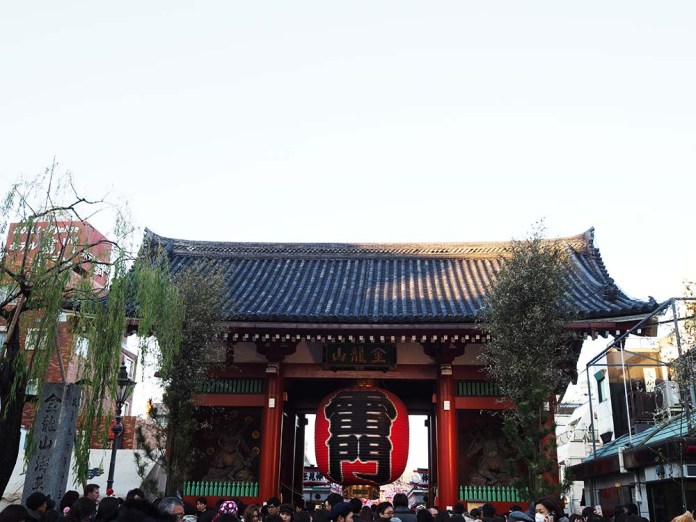 One of the most busiest temple in Tokyo. Popular for the Sensō-ji Temple. The temple reached its peak season during new year time when many Japanese come to visit the temple to pray for a better year. 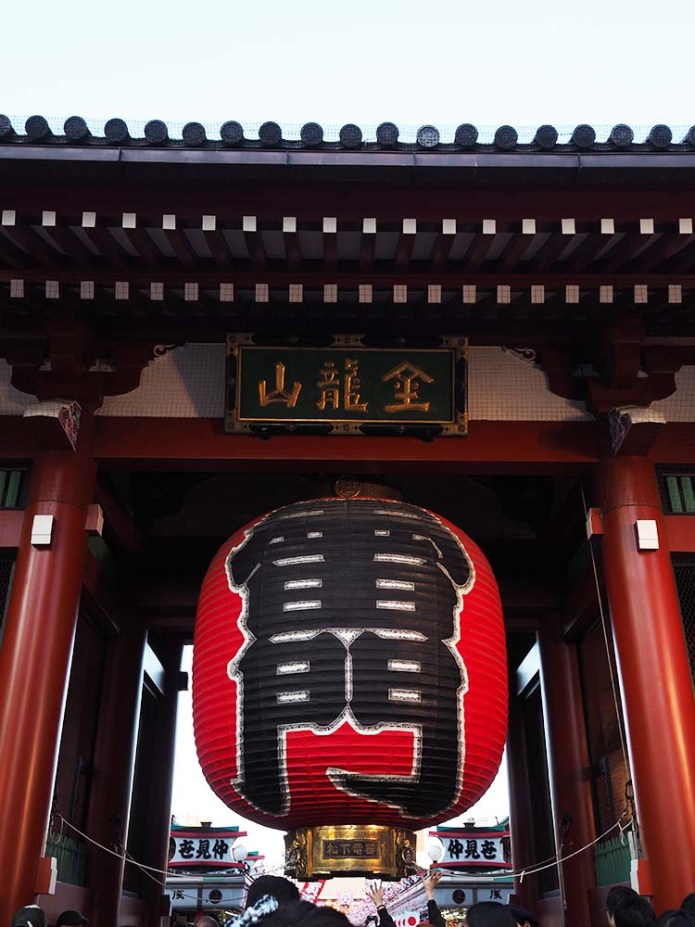 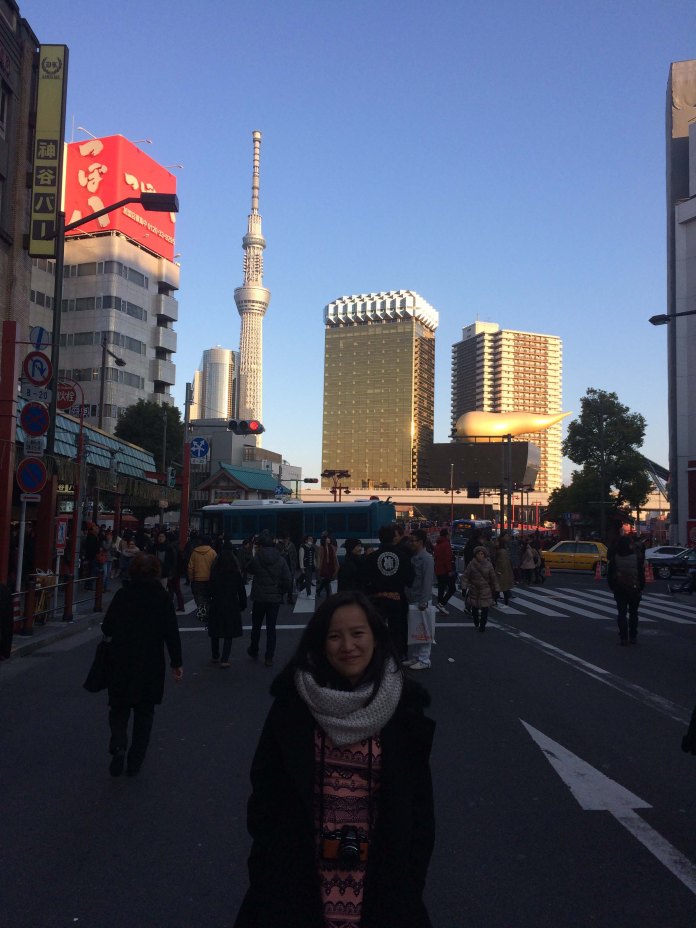 Tokyo Skytree can be seen not far from Asakusa Station

Tokyo Skytree & Asahi Beer HQ can be seen if you are walking from Asakusa Station to Kaminarimon. The Asahi Beer is the building with the gold flame ( The Asahi Flame / ASahi d’Or ). These buildings can be reached if we walk across the Sumida River. 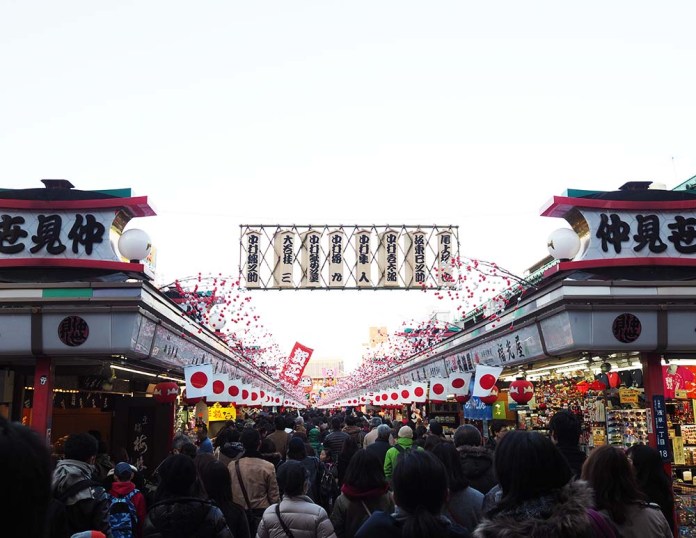 Sea of people in Nakamise-dori 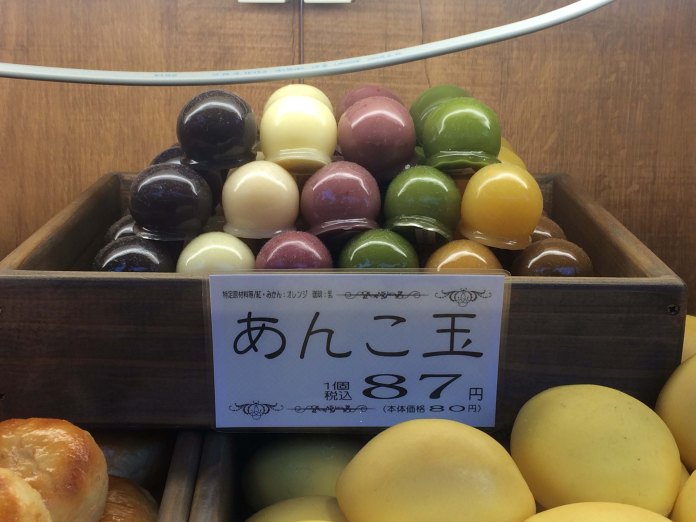 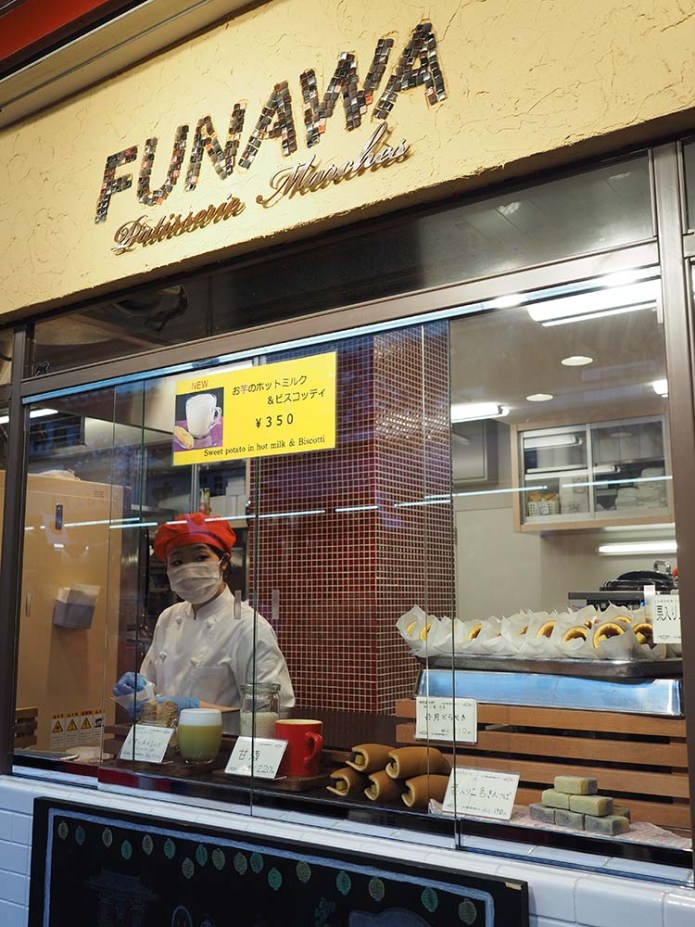 Stumble upon with this store and I see that they sell the hot amazake / sweet traditional low alcohol drink made from fermented rice. It smells weird, the taste is OK (if you like). It is believed to be very nutritious. This traditional drink only sold during winter season. But you can find the instant version in groceries store. The instant version I tried has been smooth, more sweet than the traditional version. This hot amazake I tried has a very strong fermented smell, I don’t know the word for it. It was thick because of the original mixture from the fermented rice. 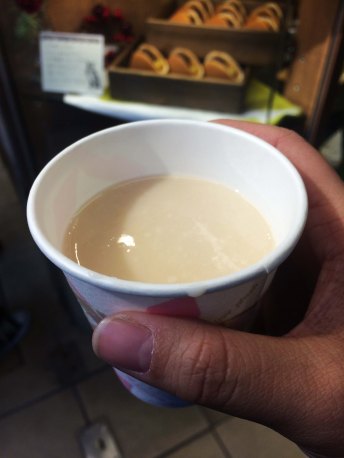 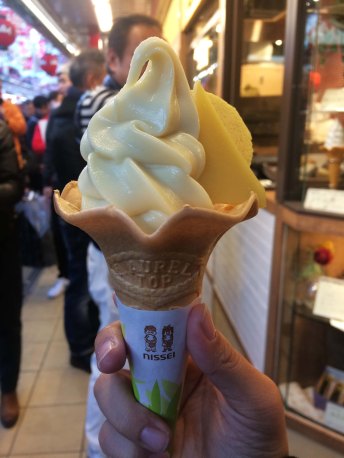 These both are amazake products, hot and cold 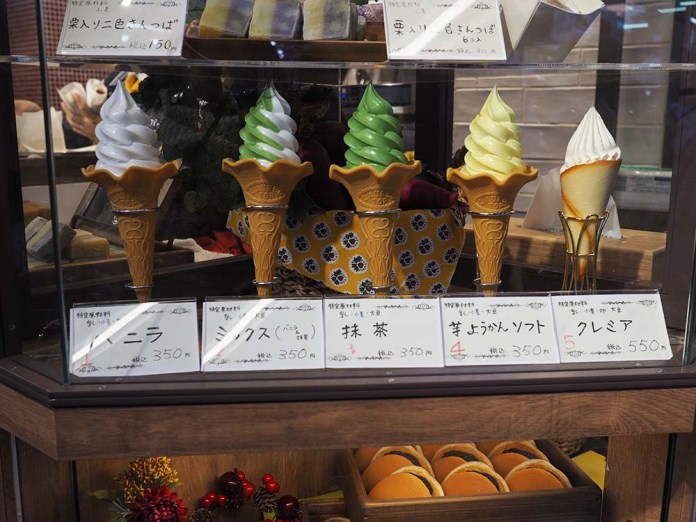 Some other flavors as well 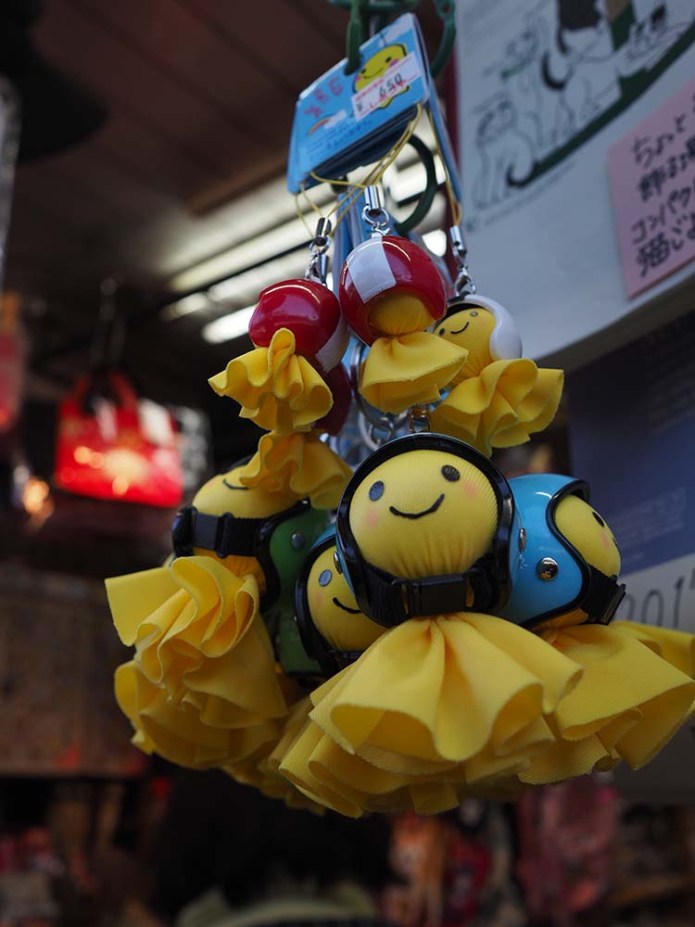 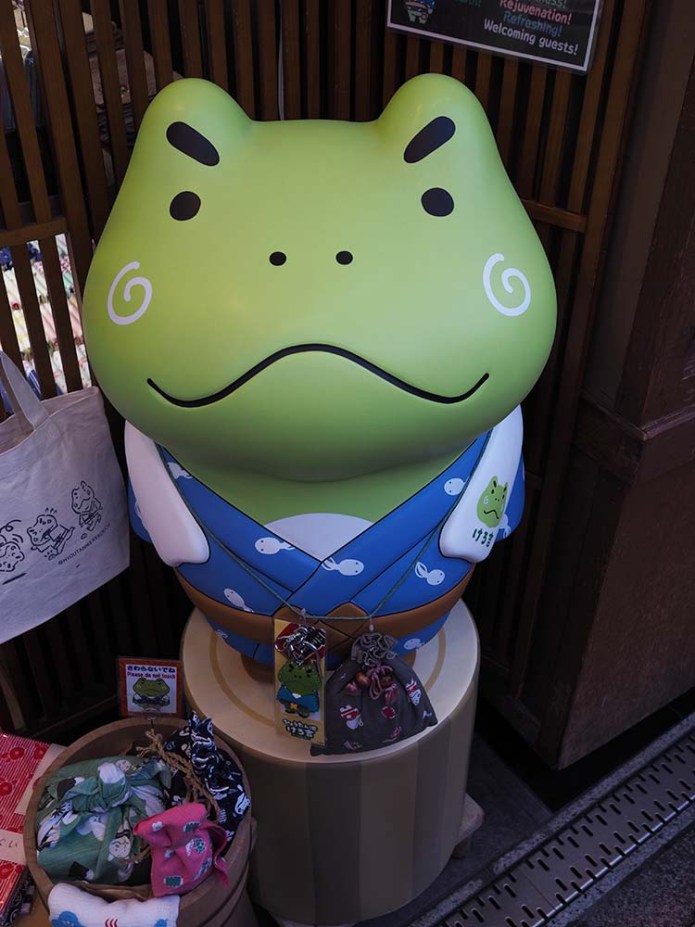 I found you! I saw this frog statue in Pinterest before, I was so surprised I found him! 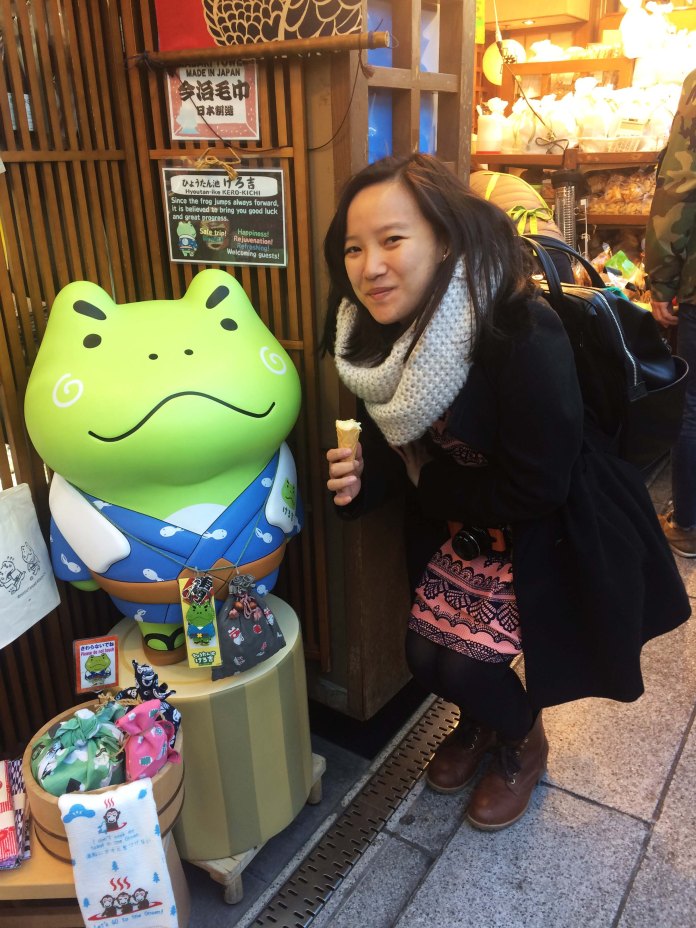 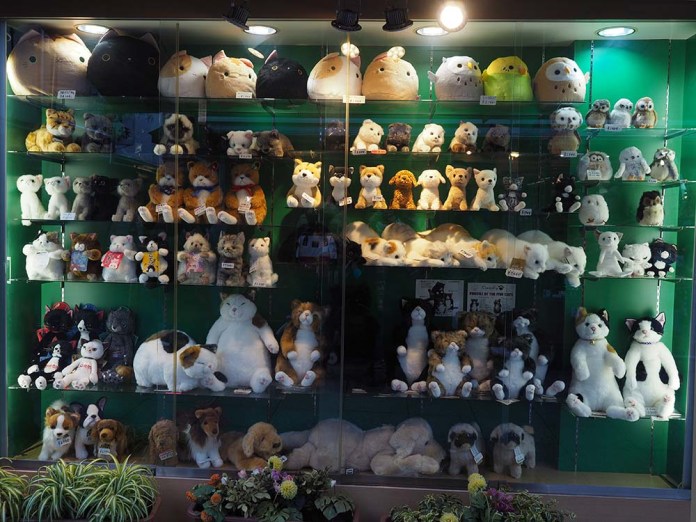 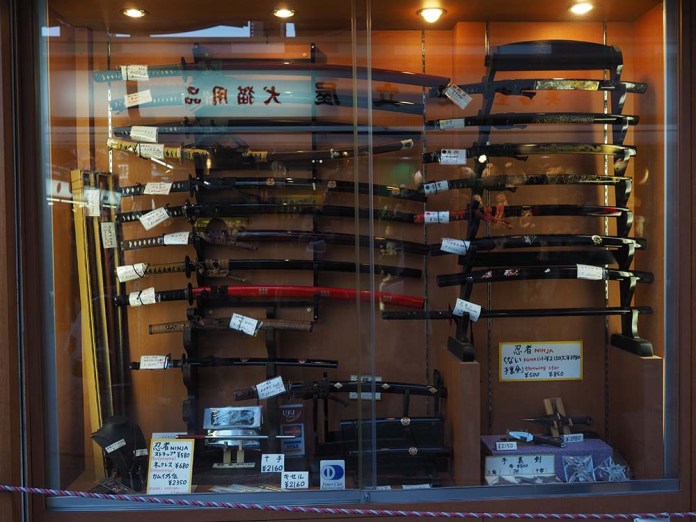 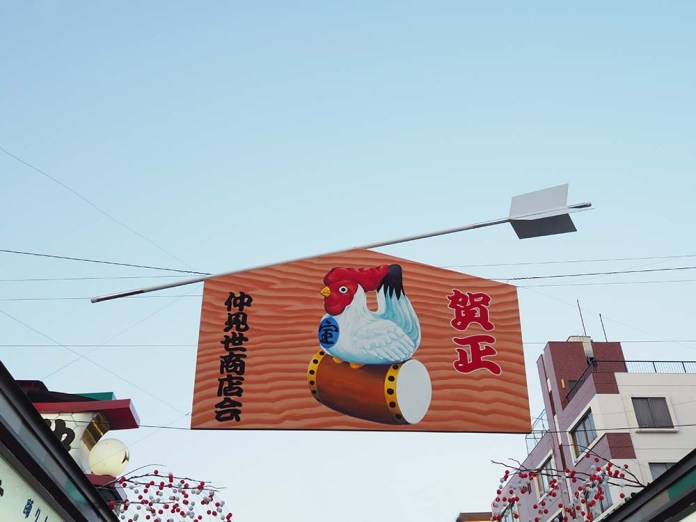 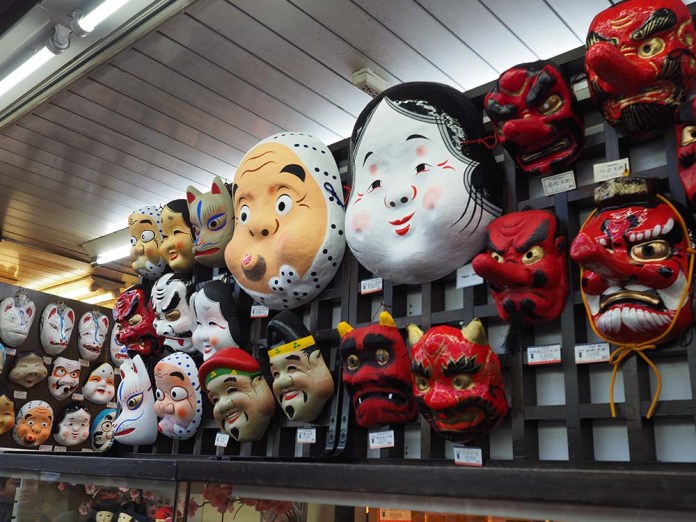 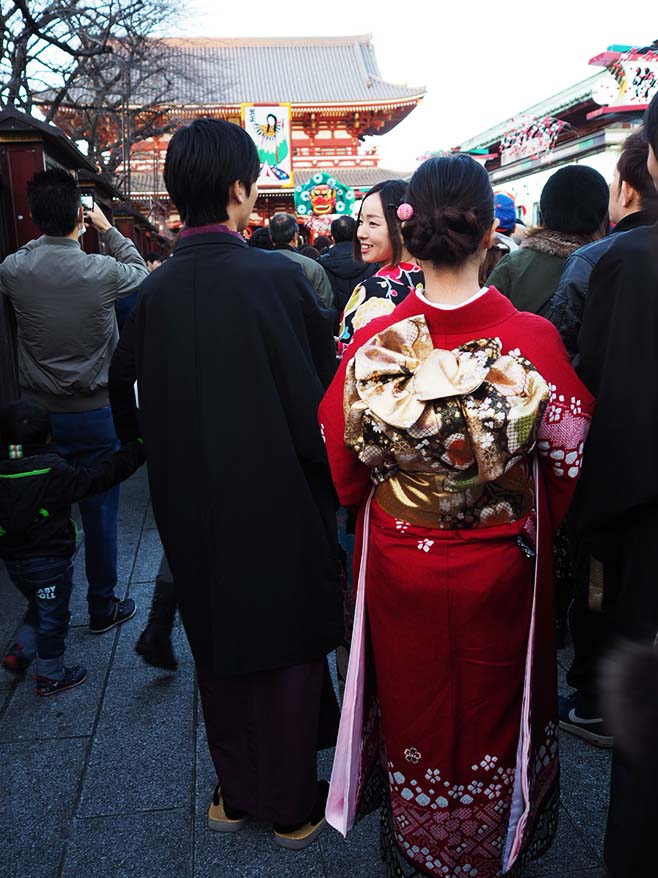 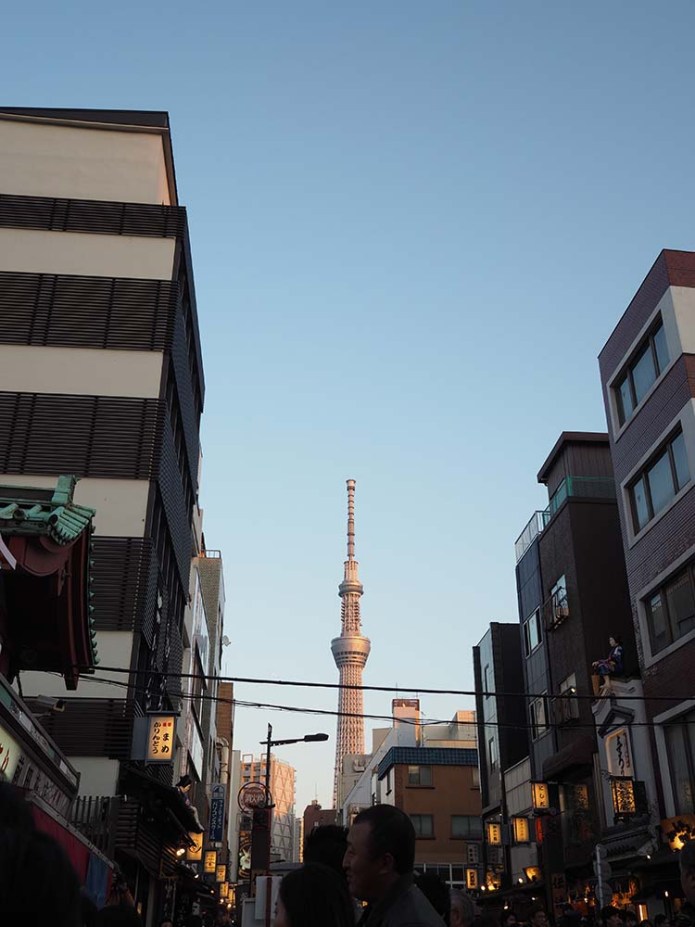 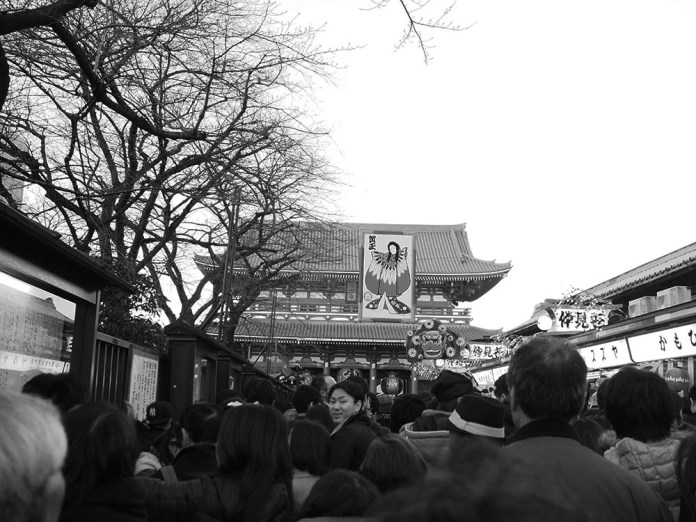 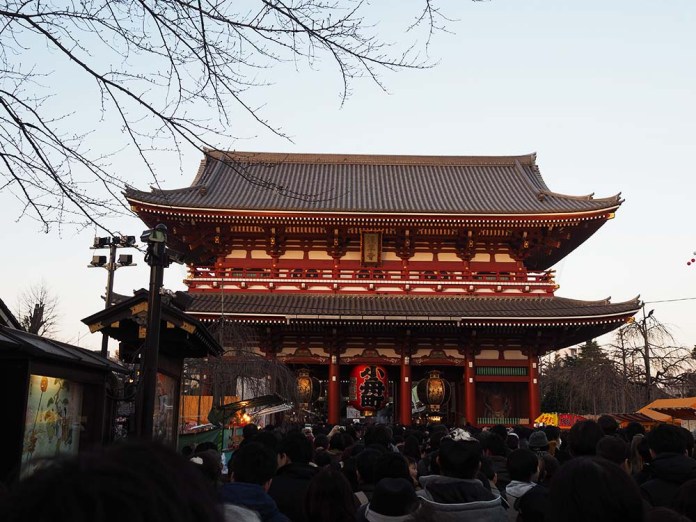 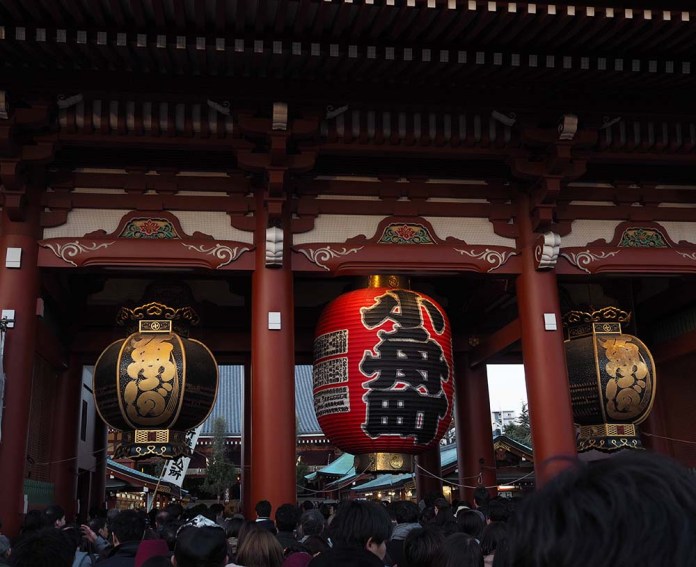 Giant chōchin which shows displays the name of the town Kobunachō ( 小舟町 ), the weight is 400kg 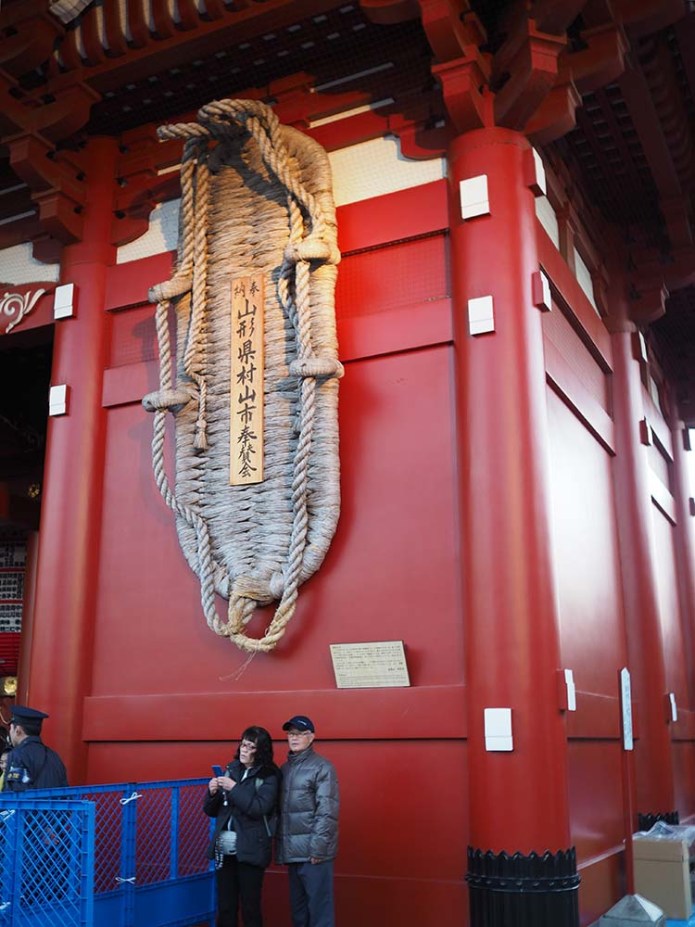 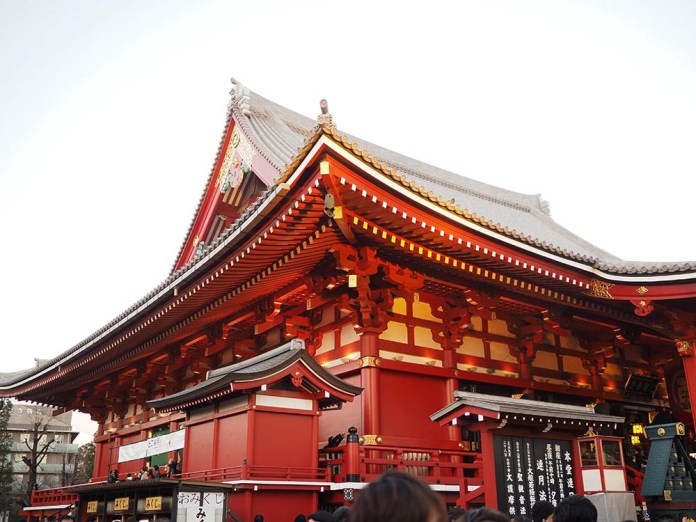 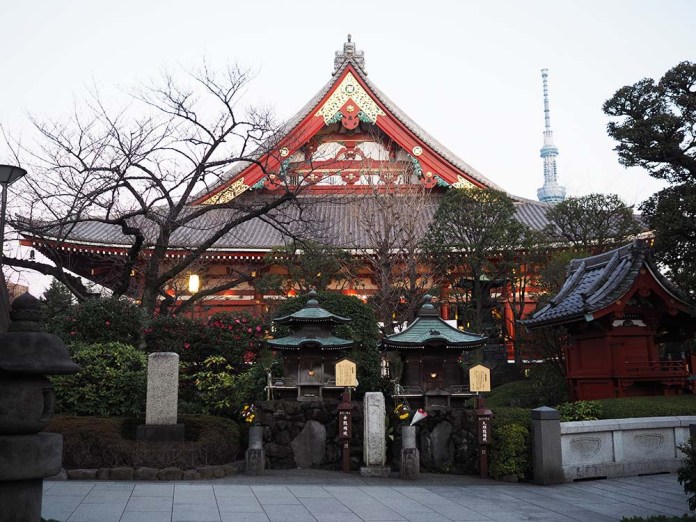 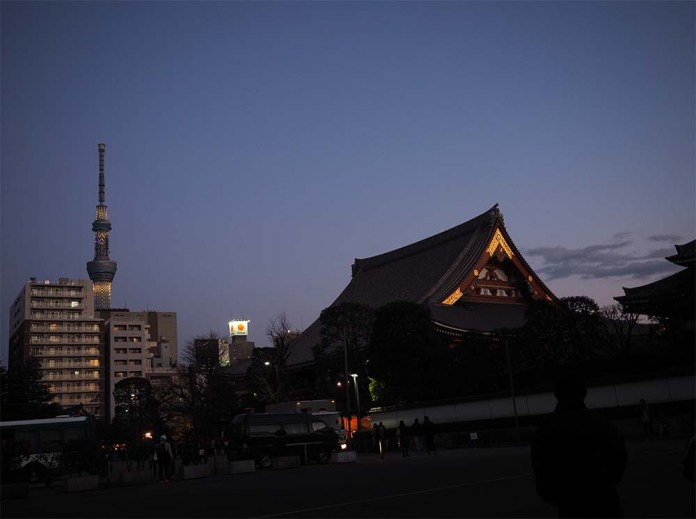 From Sensō-ji, we headed to taste some green tea ice cream from Suzukien Asakusa. Located at the opposite street behind Sensō-ji. Unfortunately, the store closed for entry right when we arrived. They closed their business at 5PM sharp and the staff insisted us to come the next day, which we couldn’t. 😦

Then we walked back to Sensō-ji area where there are lots of street food stalls. The street was so crowded and only 1 stall caught my eyes. 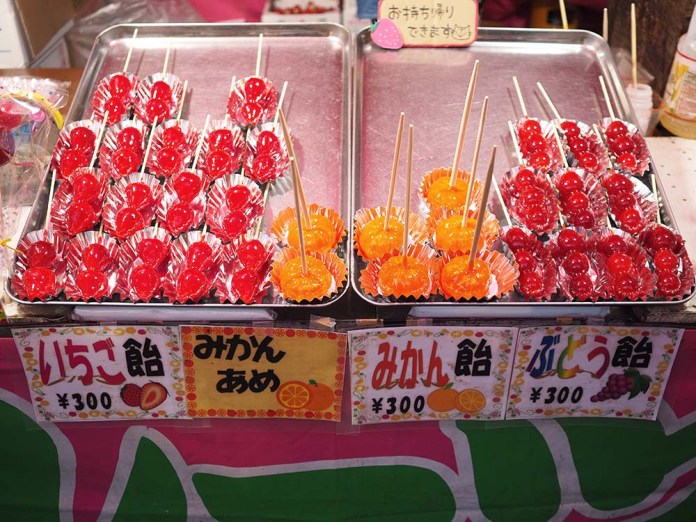 It sold fruits that had been caramelized. Usually I see ringoame or caramelized apple. But this stall sold oranges, strawberries and grapes too.